The African Union Elections Observation Mission to Cameroon’s September 30, 2013 Legislative and Municipal Elections paid a courtesy visit to the Executive Director of CDES Cameroon to have CDES’s Pre-electoral assessment of the elections.The over 45 minutes discussion was centered on issues related to the Electoral Code, voter registration, distribution of voter cards, candidate selection and submission by Political Parties, pre-electoral litigations, campaigns process. 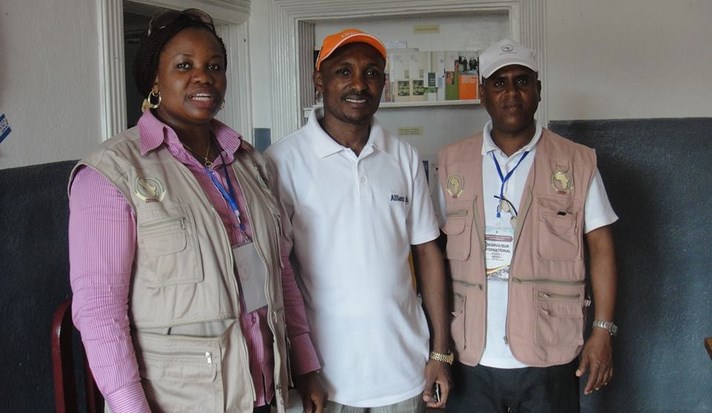 The role of the media and its regulatory body was also examined including the participation of Domestic Election Observers. The Executive Director also used the opportunity to thank the team for paying a visit and praised the efforts of ELECAM (EMB) towards ensuring a credible elections.The team expressed satisfaction with the work carried out CDES Cameroon in its quest to build a credible electoral culture in Cameroon through training and capacity development offered to the main electoral stakeholders. 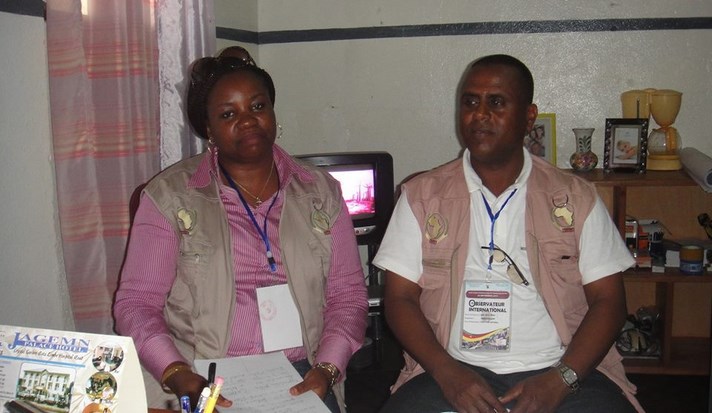 Central African Republic counting votes in presidential run-off
Votes are being counted following the Central African Republic\'s presidential run-off between two former prime ministers.
Twinning Media and Elections in Addis Ababa
The International Institute for Democracy and Electoral Assistance office in Addis Ababa twinned Media and Elections using BRIDGE in an English run training workshop held at the Radisson Blue Hotel from the 22 to 26 July 2013. The course was part of the African Union/International IDEA Joint Activity Plan funded by the Australian Agency for International Development (AusAid).
Cameroonian Youths Told To Promote Excellence in Election Management
It is not only the government of Cameroon that is preparing for the upcoming municipal and parliamentary elections, slated for Monday, September 30 2013. Tiko-based Civil Society Organisation, Centre for Democracy and Electoral Studies, CDES, is warm about promoting excellence in election management.
CDES CAMEROON Releases Critical Observation Report on Cameroon’s September 30, 2013 Legislative and Municipal Elections
Mr. Atem Oben Henry, Executive Director of CDES Cameroon, an organization promoting excellence in the management of elections ,which monitored Cameroon\'s September 30.2013 twin elections, has made public a critical election observation report .
CDES Studies September 30 Elections, Makes Proposals
The September 30 2013 municipal and parliamentary elections in Cameroon have come and gone but the lessons are still lingering around. Inspired by what happened and motivated to look into the future, the Centre for Democracy and Electoral Studies, CDES, Cameroon has been studying and analysing the September 30 twin polls.
Election Commission to launch video game to generate awareness among children
NEW DELHI: Billboards and infomercials are passe. The country\'s electoral watchdog will soon start selling the idea of voting to teenagers through something they relate to better: video games.
Nigerian politicians complete democracy training ahead of 2015 elections
Nigerian political leaders have completed another round of training ahead of next year\'s national elections.
Cameroon: Women Acquire Knowledge on Decision-making, Accountability
Cameroonian women are making strides in various aspects of their lives. However, there are still some speed brakes. These include having access to decision-making processes and accountability in local service delivery.
Biometric Recompilations of Voters\' Register for the Cameroonian Diaspora
Launched in February this year, early figures streaming in on the biometric enrolment of the Cameroonian Diaspora on electoral registers as of July 31, 2014, indicate that the registration centre at Libreville in Gabon is topping the charts with 1 248 registered persons, followed by Brazzaville in Congo with 662 and Jeddah in Saudi Arabia with 519.
Women Empowering Training in Bamenda, February 7th 2012
Last weekend, we got a trip to Bamenda for an Empowering Capacity of 12 Women Bamenda from Aurel Enterprise and Techno Bamenda (5hours training - 2 modules - 4 games).